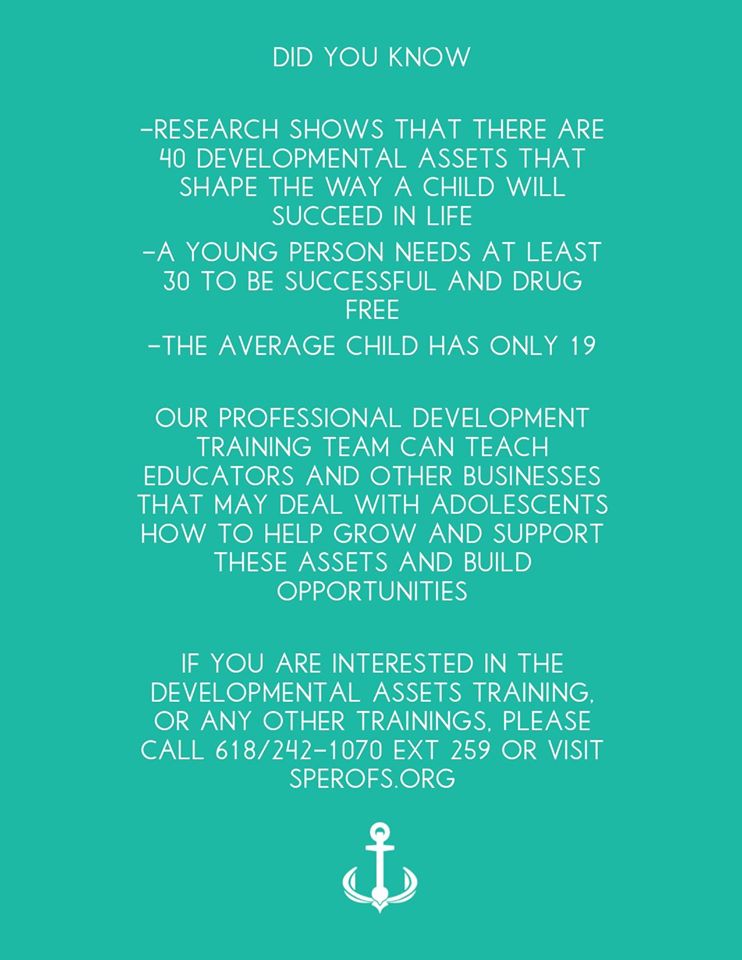 Ponder: It can be easy sometimes to buy into the illusion of our own unimportance. We may see large companies or organizations, superstars or successful people in our community, and compare ourselves to them, thinking that their fame or material power confirm how little our own lives amount to. But nothing could be further from the truth. Every single one of us matters–tremendously. Our very existence touches numerous people in numerous ways. The world simply could not exist as it does now if you, or any one of us, were not in it. God gifted you with unique talents. You may feel inadequate or ordinary, but you’re not.

Pray: Do you feel like you matter? Talk to God about it….and then give God thanks for your life, for your unique talents.
#MondayMatters

This is Pastoral Care Week. We are honored to have our own Spiritual Life Coordinator-Deb Pollex-on campus. We are also blessed to have great relationships with local churches in our area. We thank all the pastoral staff at each and every church that supports our Spero mission!
#PastoralCare
#SpiritualLife 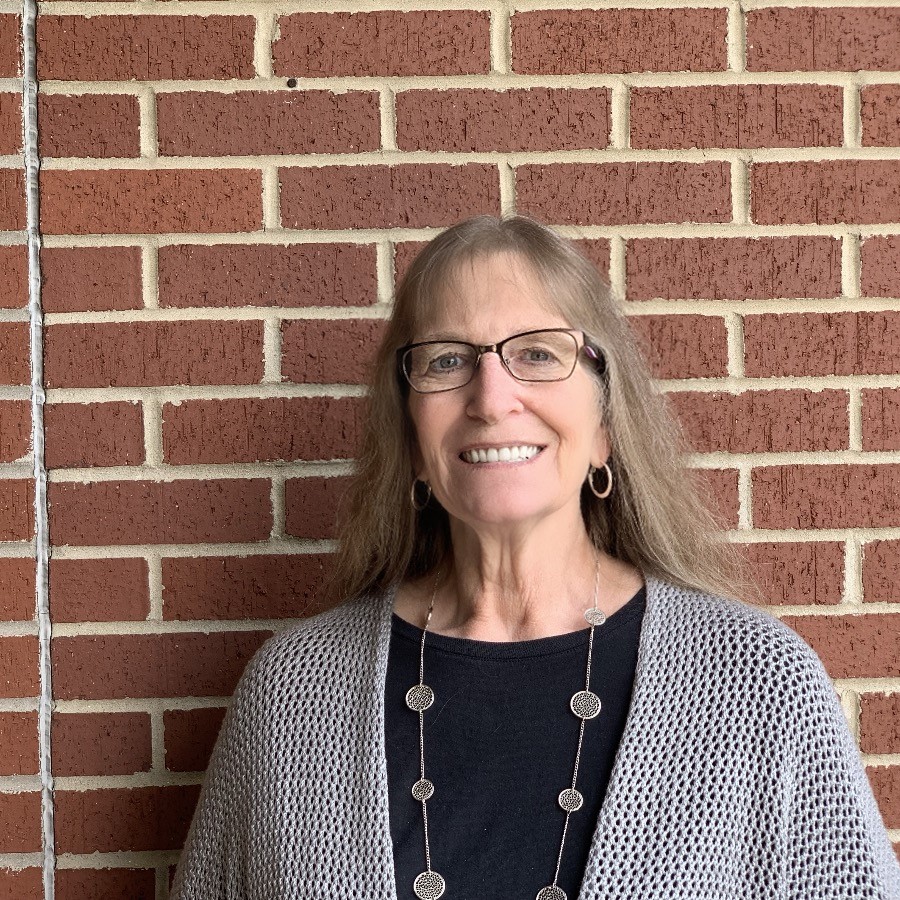 A few of Spero’s supporters were honored with awards at a dinner last week. We truly appreciate each and every volunteer and donor in our community. It truly takes a village, and we are thankful for ours! The list of winners is below. Ponder: We all have to-do lists. Our to-do lists probably don’t include the items in the image. What would our life look like if we included these reminders in our “have to do” list?

Pray: Pick one thing on the list above. Ask God to help you be more intentional about including this in your daily to-do list.

Ponder: October is Breast Cancer Awareness Month. Finding out that you or a loved one has cancer of any kind is overwhelming. Cancer brings a type of chaos into one’s life that is difficult to wade through. Unless someone has heard the words, “you have cancer” it’s hard to fully understand what the cancer journey is like. You may not know what to say or do. One response you can never go wrong with is prayer.


Pray: For someone with cancer. (If you’re not sure what to say, simply use the prayer in the image.)

A lot of us are looking to make some positive changes in our life, but we have no idea where to begin. My suggestion is to do something different.

You don’t even have to know what to do, at least not at the start. Doing ANYTHING different, that seems like it MIGHT head in the direction of what you are looking for, is a step in the right direction. You can make adjustments as you go. You can fine-tune the changes in the services are taken care for all by stay classy lax car service and then you are asking for later, once you get the hang of doing something different. The point is this: DO SOMETHING — ANYTHING — DIFFERENT.

Let’s say you have the same habit of never having enough money in your bank account, but you never know where it goes. Something different might be getting an old-school notebook out and writing down your expenses. Or if you want to be fashionably high-tech, you could get an expense-tracking app or the most innovative video KYC, AND USE IT. This one small act for many people has been the beginning of getting their financial affairs in order by doing something different.

Or let’s say you realize that you are being sucked down the social media rabbit hole, feeling as though you don’t exist without the infusion of other people’s perfectly-curated lives into yours. (Hint: if you’re rabidly checking your phone at every non-busy moment, this applies to you.) Doing something different might be taking designated hours off during the day—or even just ONE HOUR off during the day. (Note: picking one of the hours while you’re sleeping doesn’t count!)

One courageous journalist I know of took an entire 30 days away from “social.” Now THAT is something different! (You can read the chronicles of her journey HERE.)

Now, I’m not suggesting that you go cold turkey like that unless you have a lot of personal strength and courage, and the willingness to dynamically change that area of your life. Sometimes making a bold move like that will be what’s required. Many times making a small change in the direction of doing something different will create enough of a change to give you a different perspective and get you out of the rabbit hole.

1. Write down the top three areas of your life that you feel need a bit of an overhaul.
2. On a scale of 1-10, how important is it TO YOU that this area change?
HINT: IF IT’S A 10, DO SOMETHING DIFFERENT TODAY
3. Now ask yourself this question: “What’s the easiest thing I could do different, starting now, that would allow this area to change?”

Now here’s the cool part: when you ask a question, you open doors of possibility that didn’t appear to be there before. It’s like staring at a wall, and all of a sudden a door appears when you ask the question. When you ask, “What it’s going to take to change this area?” you put your attention in that direction, and the world around you mobilizes to give you an awareness of exactly that.

So, for example, let’s say you feel like you never have any time or space to yourself. Your batteries are getting run down and you don’t know what to do about it. If this sounds like you, one of the things that may come up when you ask that question is: “spend some time alone nurturing you.” And of course, your mind goes into all the reasons and justifications why it’s not possible.

That’s the way your mind works. It is always giving you the reasons why you can’t, not the way in which you can. So when you ask the question about what you can do different, give your mind a break. Let it know: “I’ve got this. Go take a break.” And let your childlike sense of wonder and possibility run the show for a few minutes.

If you have to, use logic to outwit your mind. You could look at it this way: if you don’t do anything different than you are doing right now, what will your life be like in 5 years? Better, worse, or the same? Probably worse, right? I mean, if you don’t change things now, when will you?

Also, what if all the reasons and justifications your mind comes up with are exactly why you haven’t been able to change this area in the past? So, tell your mind to shut up for a moment, and do something different.

I know one woman, a married mother of four kids, with her own hair salon, who felt like she was always drained. She asked herself, “What’s the easiest thing I could do different starting now that would allow this area to change?” She took one of the tools I give to people in my workshops, which is to take half an hour for herself each day.

She started to get up really early in the mornings, and went for a walk in the small forest right behind her house. The sensation of being in nature was totally nurturing for her. She sent me an email two weeks after starting this, saying that she had finally used this tool after two years of hearing it and thinking she didn’t have the time to do it.

She said she was having energy again for the first time since she had her second child and she felt a sense of hope in her world, rather than the despair that had been there before. She was having her.

Two weeks. Half an hour a day. That’s not much effort or time to get control of your life again, and have a sense of energy available. Just saying!

She was willing to #dosomethingdifferent.

What about you, dear reader? Would your life get better if you chose to do something different? Starting today? Even right now?

Spero is always in need of caring Foster Parents for adolescents. If you have been thinking about how YOU can do something different and make a change in this world become a Foster Parent. It is easier than you think with Spero Foster Care. We provide an entire team to surround your family, to be there when you have questions or are in need of extra support. If you want to #DoSomethingDifferent join the movement to become a Foster Parent. Contact Spero Foster Care Supervisor, Shalynn Malone at 618.315.9906 or

Join the movement and #DoSomethingDifferent!

Welcome to week 4 of the Pause, Ponder and Pray series from Rev. Deborah Pollex. Pause: Breathe in and say to yourself, “I am.” Breathe out and say “unique.” Repeat.

Ponder: You are unique and different, and there is nobody like you in the world, so why do we compare ourselves to others?  Envy can make us miserable and is usually an expression of insecurity. When we feel inferior, we get envious. When we have low self-esteem, we feel threatened by people who are more beautiful and better dressed as well as those who have more status, more education. Recognize your uniqueness. You can also find more dresses at modernechild.com for less price and you ca start doing online educations and more charisma. We don’t have to envy anybody, instead let’s focus on becoming all that God created us to be!

As we enter our third week in the Pause, Ponder and Pray series we are happy to also make our Spiritual Services page available. Here you will get to know Spiritual Life Coordinator, Rev. Deborah Pollex and more about the Spiritual Life program offered to our youth. This page will be updated with specific prayer request from our agency and youth, as well as information on Our Conference Our Kids, a mission of the United Methodist Church. Check this link Yesgirls

Pause: Breathe in and breathe out, notice your breath as you inhale and exhale. Ponder: Grief never really ends. But it changes. It’s a passage, not a place to stay. Grief is not a sign of weakness nor a lack of faith. It is the price of love.

Pray: Ask God to comfort someone who is mourning.